Cricket is the most popular sport in India and is played almost everywhere in the country. India Cricket governing body BCCI is the most powerful and rich body amongst every board. In 2008, BCCI started IPL ( Indian premier league) which soon become the biggest and most successful cricket league around the world. It became instant hit and players from all around the world became part of it.

Team names are kept on various Indian cities like Mumbai Indians, RCB & SRH etc. IPL has always provided great opportunities for young talents and gave them platform to showcase their talent. Jasprit Bumrah is one such find of IPL who is one of the best bowlers in the world now. Read more about the IPL Team Players List 2022, Auction Date, RCB, SRH, CSK Players Names List below.

This year BCCI will organize 15th Season of Indian Premier Leaguer. Since it’s inception IPL consisted of only 8 teams competing for the trophy. But in IPL 15th season there will be 2 new franchises fom Lucknow and Gujrat which has been added .Furthermore the mega auction taking place before upcoming season is creating hype and anticipation amongst all the cricket fans.

The IPL Mega Auction Date 2022 is not yet announced by the BCCI. But next Indian Premier League 2022 Auction is expected to be held in December. Two new teams are joining in the form of Lucknow and Ahmedabad. RP Sanjeev Goenka Group has bought the team from Lucknow for Rs 7,090 crore. At the same time, CVC Capital has bought the team of Ahmedabad for Rs 5200 crore. BCCI has earned 12 thousand crores from both the teams, which is much more than expected. People also have an eye on the IPL 2022 Player list or also want to know about young talent of Kolkata Knight Riders player varun chakravarthy ipl 2022. 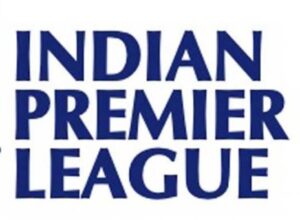 Here we are going to share in details about rules and IPL 2022 players List who are most likely to be retained by their franchises :

Next we are going to share the IPL 2022 players List who are going to be possibly retained by their franchises. we have some exciting update regarding the players names who are favorites to be retained .

Last year IPL 2021 winner and 2nd most successful team with 4 trophies are planning to retain their captain MS Dhoni. Moeen Ali also impressed with his allround skills along with Ravindra Jadeja which are main contenders to be retained. And at last the rising star Ruturaj Gaikwad who made biggest impact last year with orange cap in IPL 2021.

Virat Kohli has already confirmed that he will keep playing for RCB till his final. AB Devillers has retired so they will definitely miss him. But they have some young talents like Devdutt Paddikal who started his career with RCB and Mohd Siraj who has now alot of experience after playing for India and important part of RCB team Players List 2022.

Mumbai Indians is the most successful and accomplished team of IPL which has won the trophy 5 times. Rohit Sharma as captain and batsman is a player not to be missed out. Along with him Bumrahpresently best bowler of India in all formats and Pollard backbone of the team since it’s forst season have higher chance of being retained.

Even KKR last won trophy in 2014, they have shown immense belief in hard hitting all rounder Andre Russel and spinner Sunil Narine. They also have younster like Shubhmangill and mystery spinner who have consistently performed for the franchise.

KL Rahul will definitely be the first choice as he has won orange cap and always been their best perfomer.Mayank who is accompanying him is another powerful performer who can be retained. In bowling department MohdShamitaking wickets in regular intervals is strong contender to be retained.

Sanju Samson is leading the side and with his batting abilities he is first choice to be retained. Two other players who are key to this side are England opener Jus Butler who is currently top batsman in world. Jofra Archer and Ben stokes is back from injury and will again be an significant part of team.

Rashid Khan is one of the most favourite players of India Premier League. He has to be the first choice because of his magical leg spin.  They could also go for Kane Williamson who captained the side last time .Bhuvneshwar kumar has higher chance too. As Warner has decided to go for mega auction they might also go for Holder who contributed with both bat and bowl.

As Rishabh pant was captain last time and an important batsman for team ,he should be the first choice. Iyer lost in final in 2019 and was top performer of team and explosive opener Pritvhi Shaw is other name too. They would definitely like to retain their quality pace attack Anrich Nortje and Kagiso Rabada.

Let’s get ready for new enthralling season of IPL 2022. Hope you all are ready for new 15th Season of Indian Premier League. We will keep providing you more news on this page related to IPL 2022 Mega Auction Date, Team Wise Players List or Names.

It is likely to be organized soon in December 2022.

Which new teams are added this year in the IPL 2022 Season?

Two new teams are joining in the form of Lucknow and Ahmedabad.

It will soon updated on this  page after Indian Premier League Auction 2022.