After a long journey of T20 Mens Cricket World Cup 2021 the two teams who made their places in Final Match are New Zealand and Australia. These teams are ready to play the T20 World Cup Final on 14 November 2021. The match will be held in Dubai International Cricket Stadium. This match will begin on 7.30 PM as per Indian time zone. Both the team players are practicing hard for the final match. Many experts are speculating that Australia Team Squad may win this final match against New Zealand Team Squad. 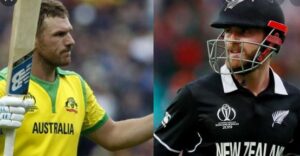 When Australia vs New Zealand T20 World Cup Final Match will be played?

Where the ICC T20 World Cup Final will be held?

It will be held in Dubai International Cricket Stadium.

Aaron finch is the captain of Australia team in final of T20 World Cup.